Teshrin is a warmer version of Kanun. It keeps the same rational structure of its sibling but its rounded edges become increasingly prominent with the weight and give it a friendlier character. 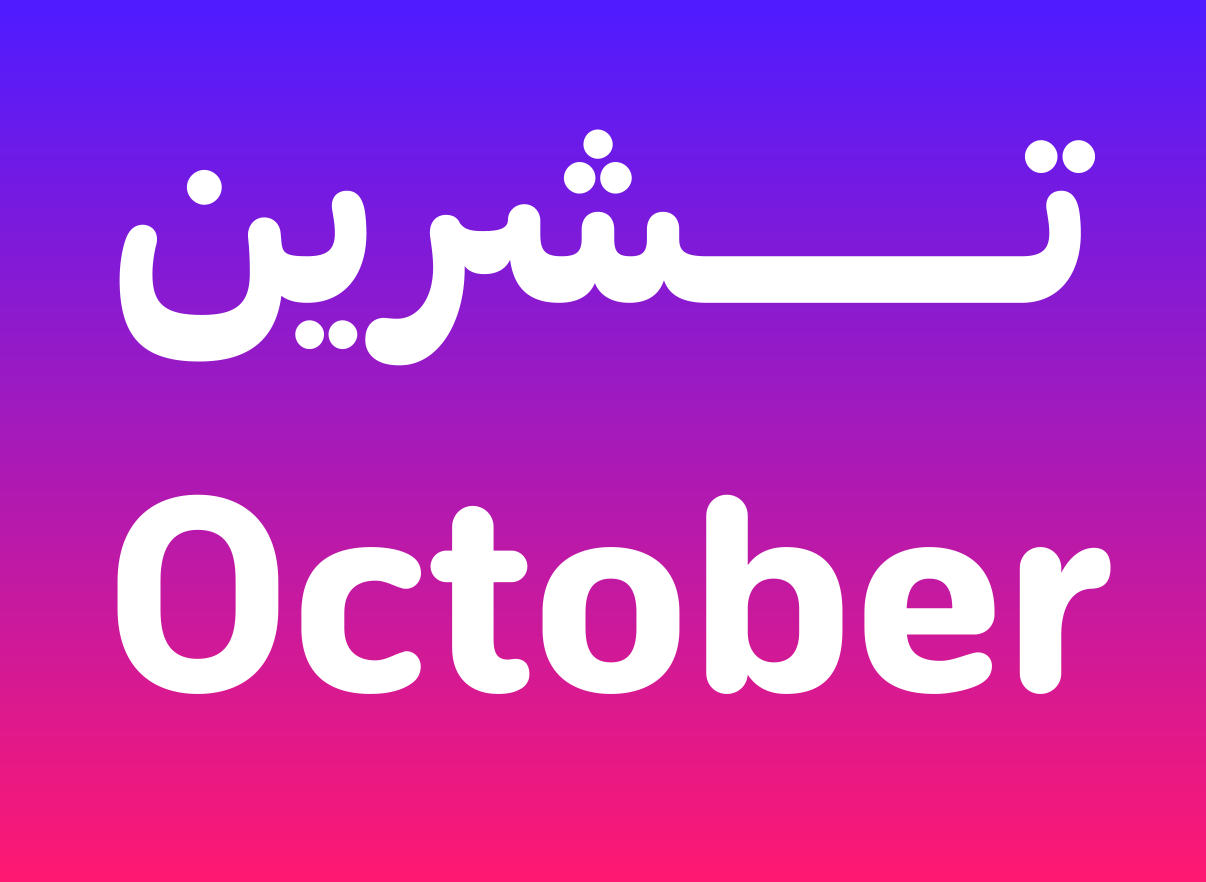 Teshrin is well equipped for information signage and wayfinding projects, and includes a collection of transportation and travel-related signs, symbols, icons, and various sets of arrows.

Note on the name

The names Kanun and Teshrin are not direct translations of November and October, just as the design concepts are not. Literally, November and October would both be Teshrin in Arabic: Teshrin One & Teshrin Two. Kanun is the only other name of two months in Arabic (December & January). Kanun and Teshrin are connected in many familiar sayings. It made more sense to call the Arabic families as such.

Teshrin was designed in 2017 by Kristyan Sarkis. November was designed by Peter Bilak and published by Typotheque in 2016.