Harir eliminates noise around word shapes by increasing its counter spaces, and making word shapes and letter combinations more consistent. Harir is based on the Naskh calligraphy style, but is designed to work well with or without diacritics. Watch this one minute video for highlight of Harir’s features. Read more about development of Harir

Harir is a modern Arabic text typeface featuring three optical sizes, probably the first Arabic typeface to address optical sizes and to create a package of Caption, Text and Display fonts, each in two weights. 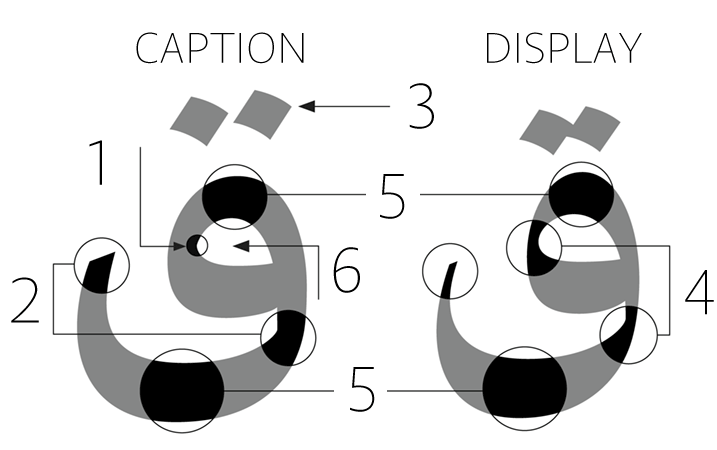 Main differences between optical sizes of Harir:
1 - Curvature of counter shapes is retracted in Caption font to make the stroke as natural as possible.
2 - The contrast between the thick and thin strokes is lower in the Caption style.
3 - Dots and diacritics are separated and moved upward from the base character.
4 - Increased contrast between the thick and thin strokes in the Display font.
5 - Similar horizontal stems in all optical sizes.
6 - White space of the counters shapes are virtually intact.

Height of the teeth has been increased in the Regular and Caption fonts to enhance legibility at small sizes.

A world of global communications demands fonts that support multiple languages and scripts. After Bahman Eslami completed Harir, we have developed a special version of Lava to serve as Harir’s Latin character set, perfectly matching its weight, rhythm and contrast. Designers of non-Latin typefaces are often forced to adapt Latin design principles when they want their fonts to work well in multilingual settings. This can result in distorted lettershapes that deviate from the script’s tradition and heritage, impairing readability. Harir and Lava provide a unique combination that enables professional-quality multilingual (Arabic, Latin, Greek and Cyrillic) typesetting with no compromises. 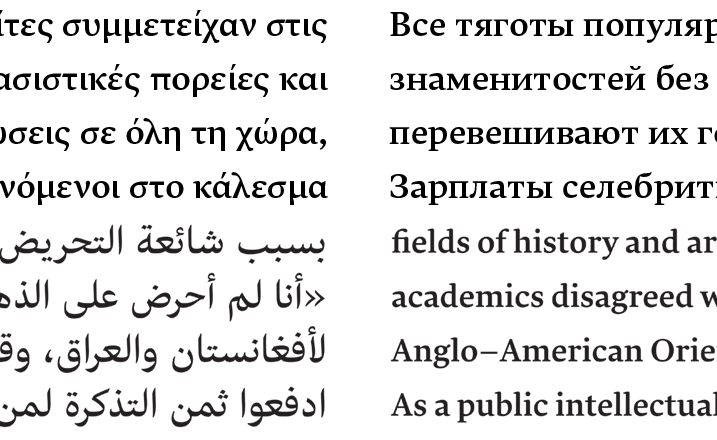 Harir includes advanced OpenType features available in the applications that support OTF layout tables. For example the Localised Forms feature will use the correct set of numerals depending on the selected language. Harir includes Arabic numbers (1), Farsi numerals (2), Urdu preferred forms (3), Sindhi, and the Latin (Indo-Arabic) numerals (4) to be used with Latin script. 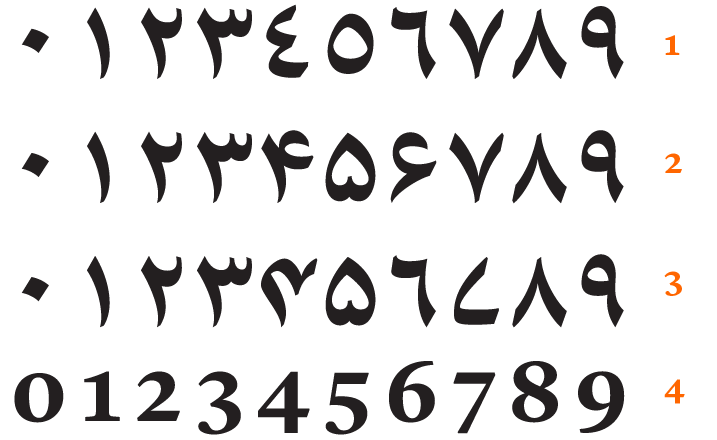 Harir was designed in 2010 by Bahman Eslami, and released in 2013 by Typotheque. Harir was one of the winners of Letter.2, the best typefaces of the decade organised by the Association Typographique Internationale (ATypI), the principal global typographic organization promoting typographic excellence and best professional practices.

Harir includes the Lava designed by Peter Biľak in 2013. Lava optical sizes were developed by Nikola Djurek. The research that lead to adjustment of Lava was made by Robert Čanak. Erik van Blokland provided technical assistance to generate fonts with correct layout tables.