A new display typeface that decidedly mixes influences from the Naskh and Maghribi styles in a friendly, warm and at times flamboyant character. 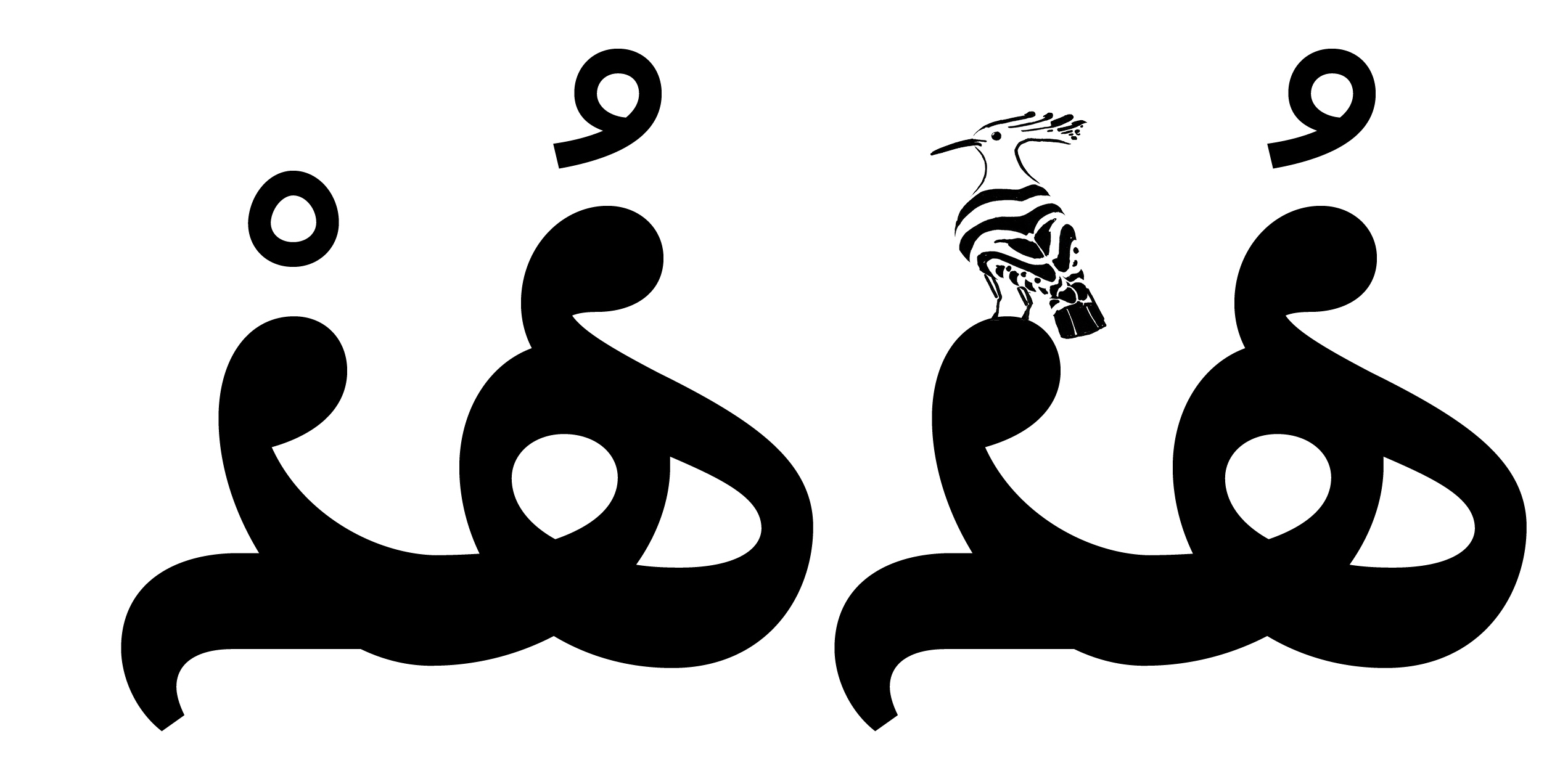 Hudhud's concept is centred around mixing influences from the two constructions of the Arabic script: Solid and Fluid. Hudhud explores the expressiveness, playfulness and rounded nature of the Maghribi letterforms in a contemporary environment while infusing the Naskh influence in the fluidity of the baseline, the contrast modulation and the construction/proportions of some letters. The result is simultaneously whimsical and practical. Its dual nature expands its performance ability throughout various contexts. Hudhud comes in six styles ranging from Thin to Heavy. 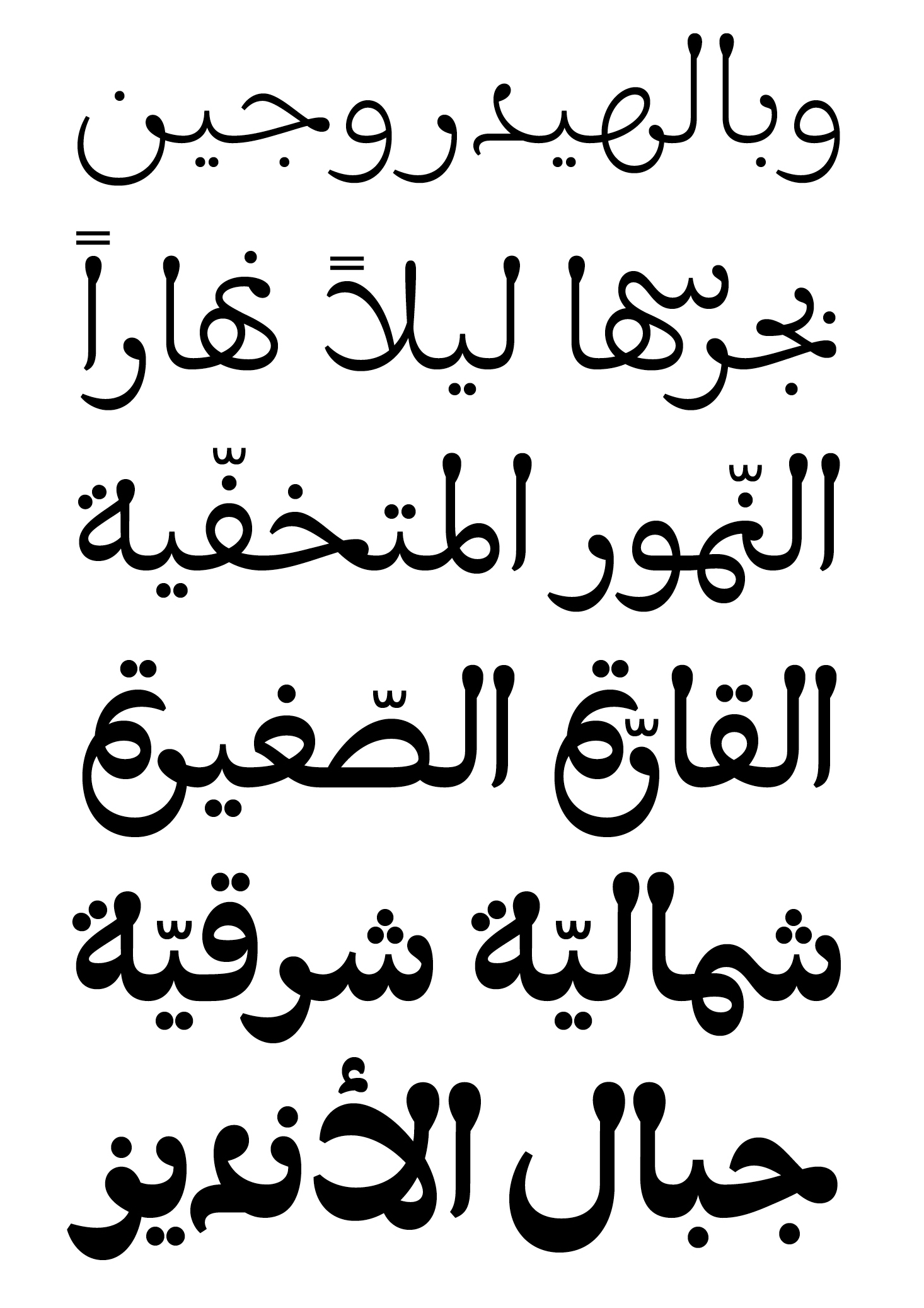 Hudhud is Arabic for Hoopoe, a brown bird found across Afro-Eurasia known for its black dotted crown of feathers. Its wings and tail are adorned with a striking graphic pattern of black and white feathers. 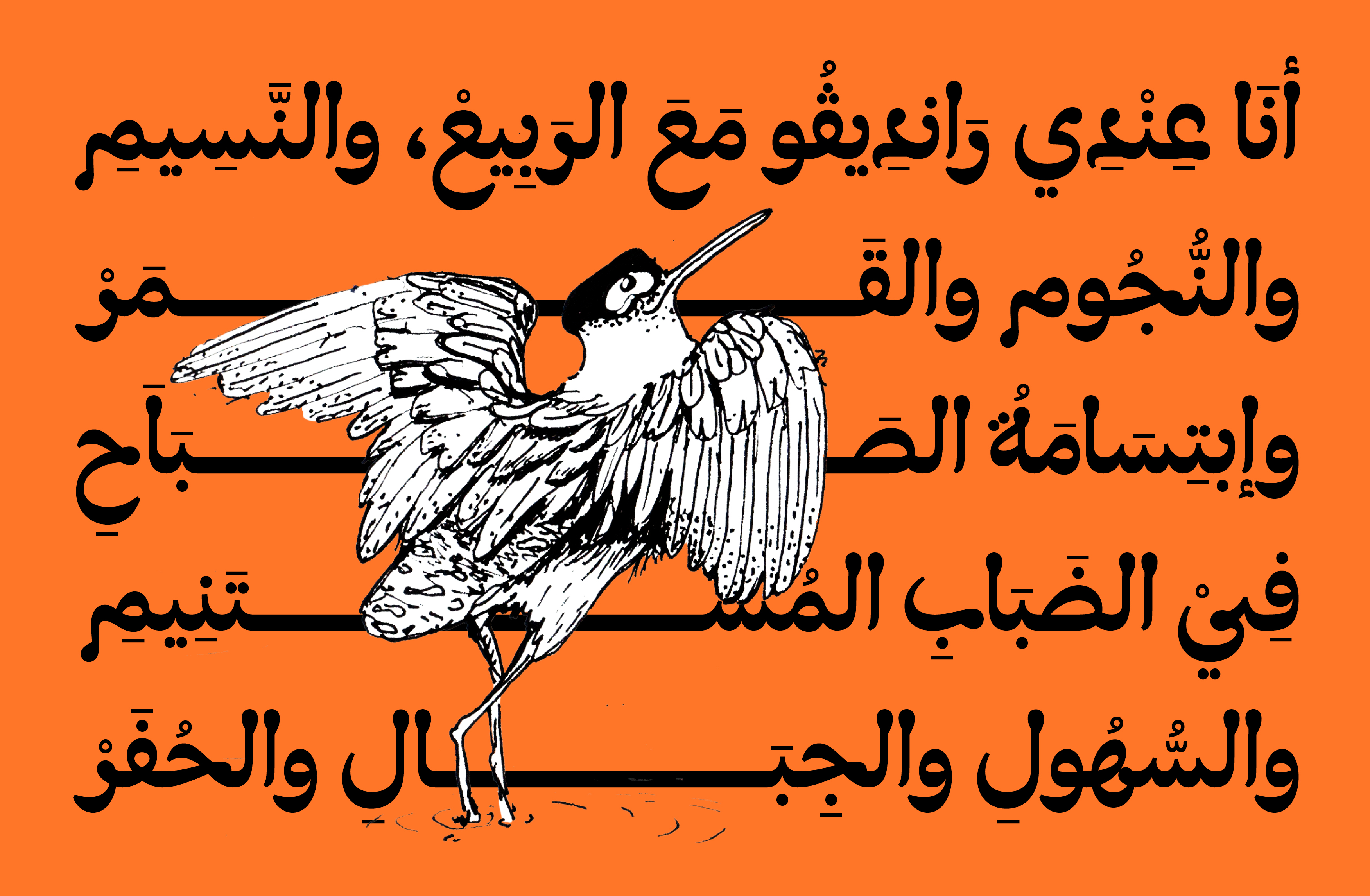 Hudhud's sports sets of ligatures, alternate connections and some over the top stylistic variations and swashes to keep its expressive personality.

Hudhud is the debut typeface of Maha Akl. It started during the Arabic Type Design Beirut in 2016 and is the first typeface from the program to be published. Between 2016 and 2019, Maha developed Hudhud under the supervision of Kristyan Sarkis.

A Latin companion of Hudhud is currently under development by Nikola Djurek and Andy Clymer. 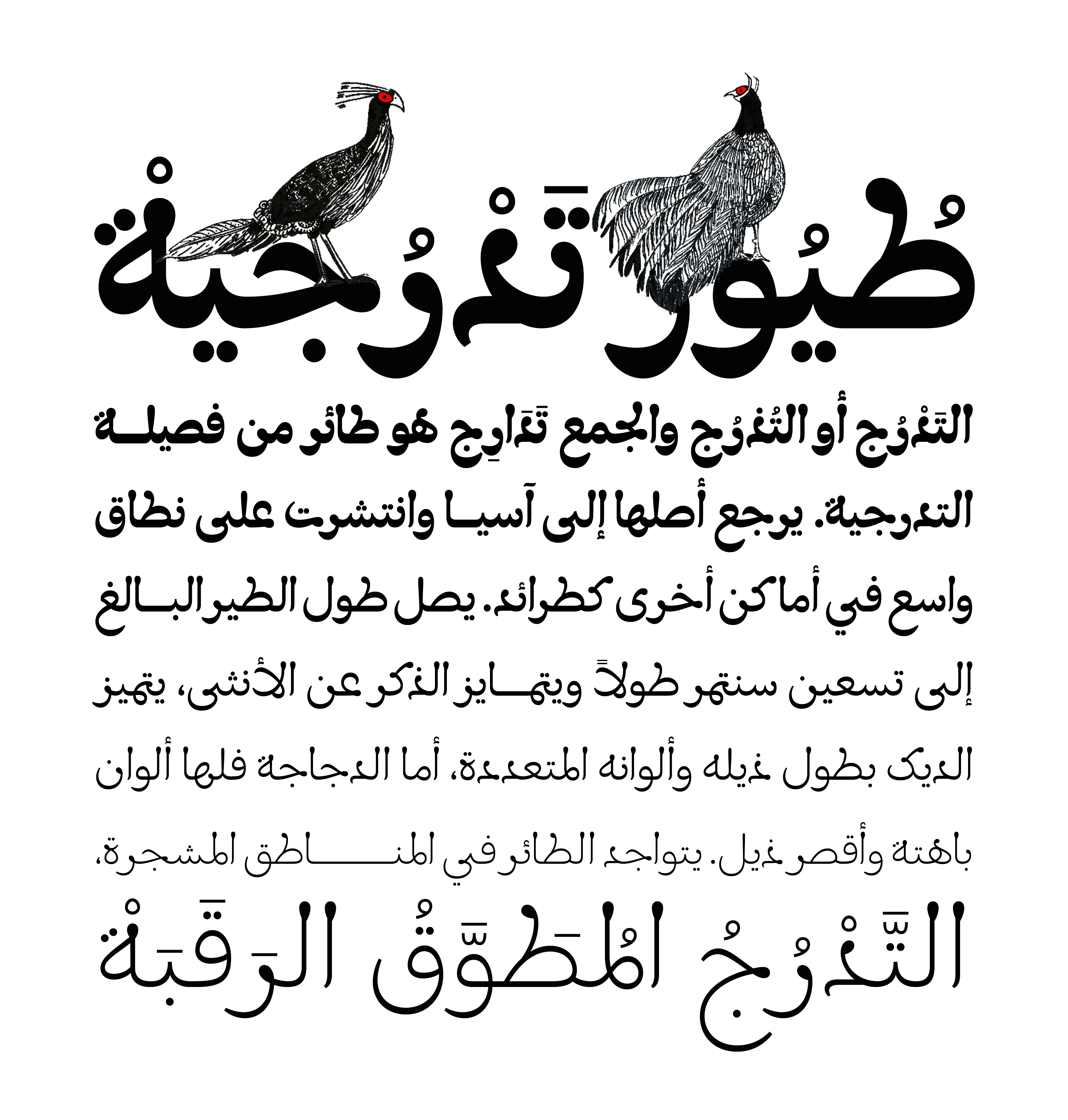 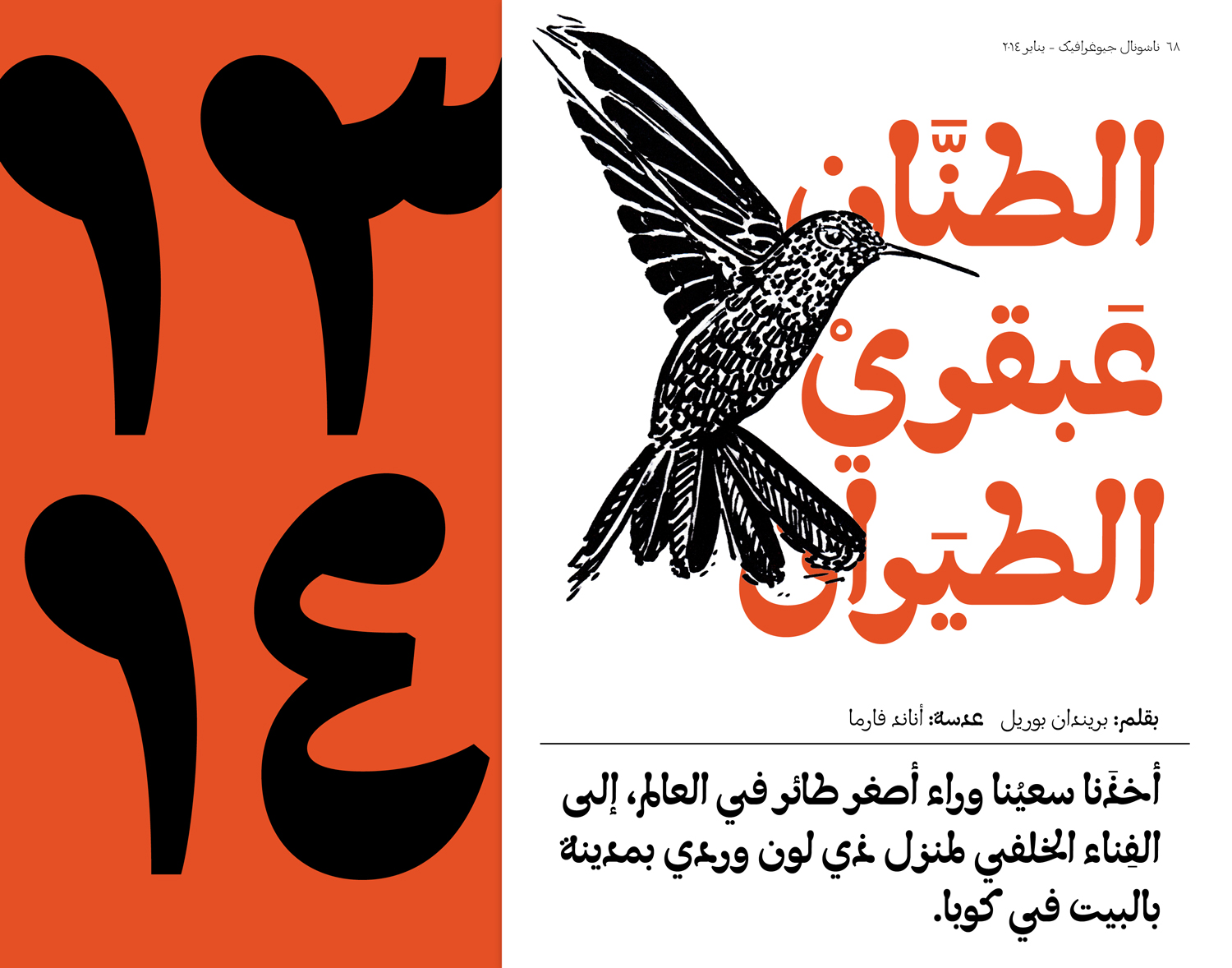 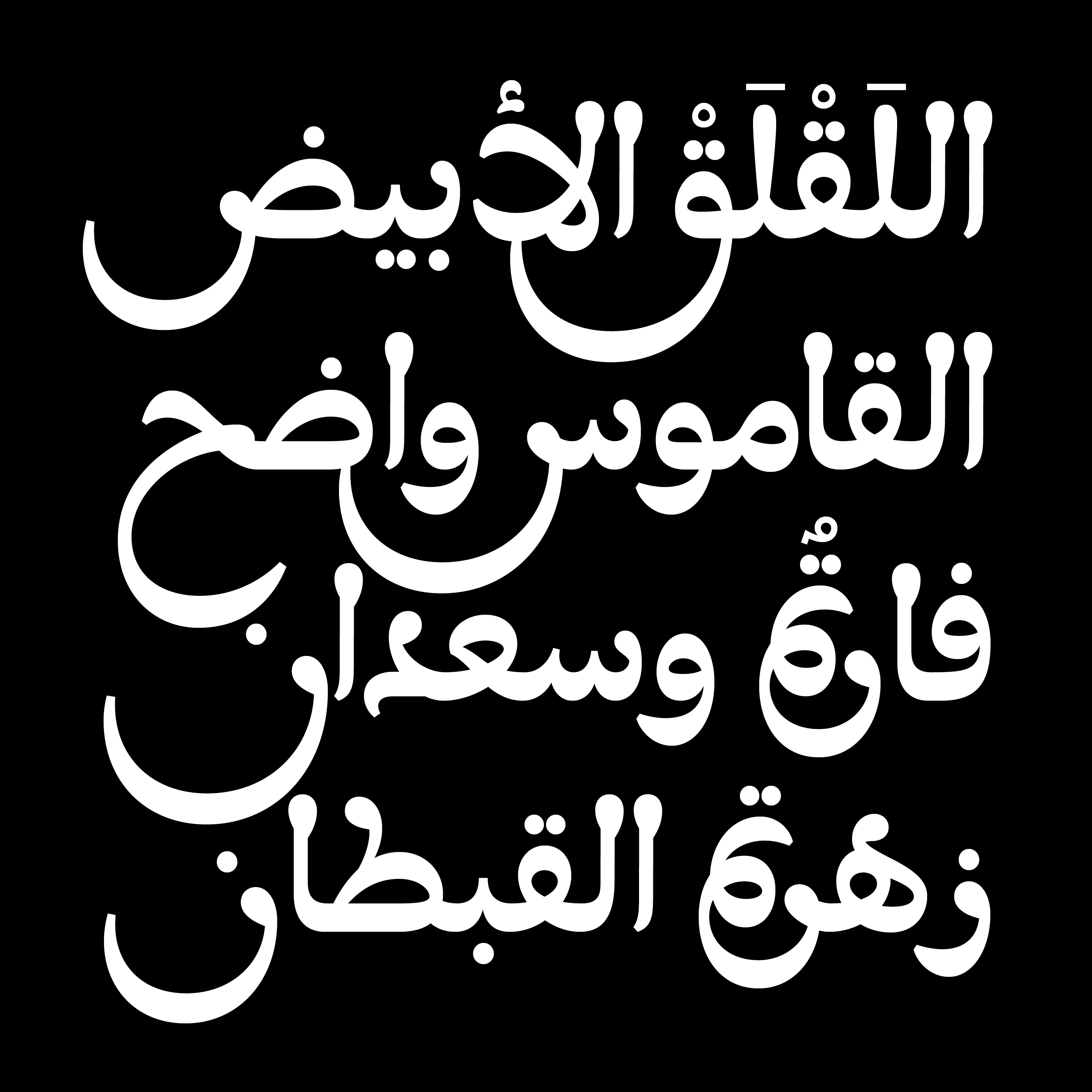 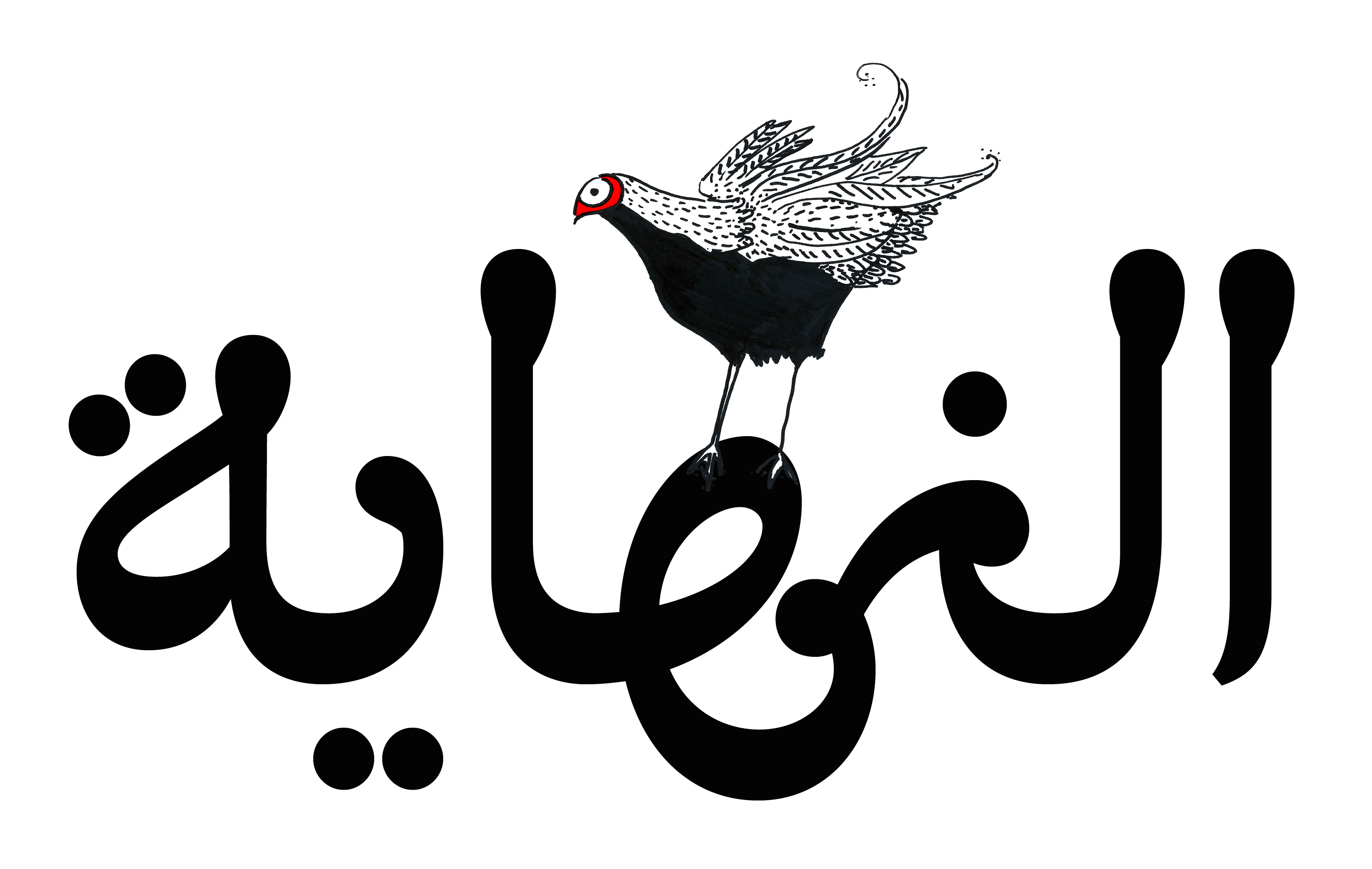