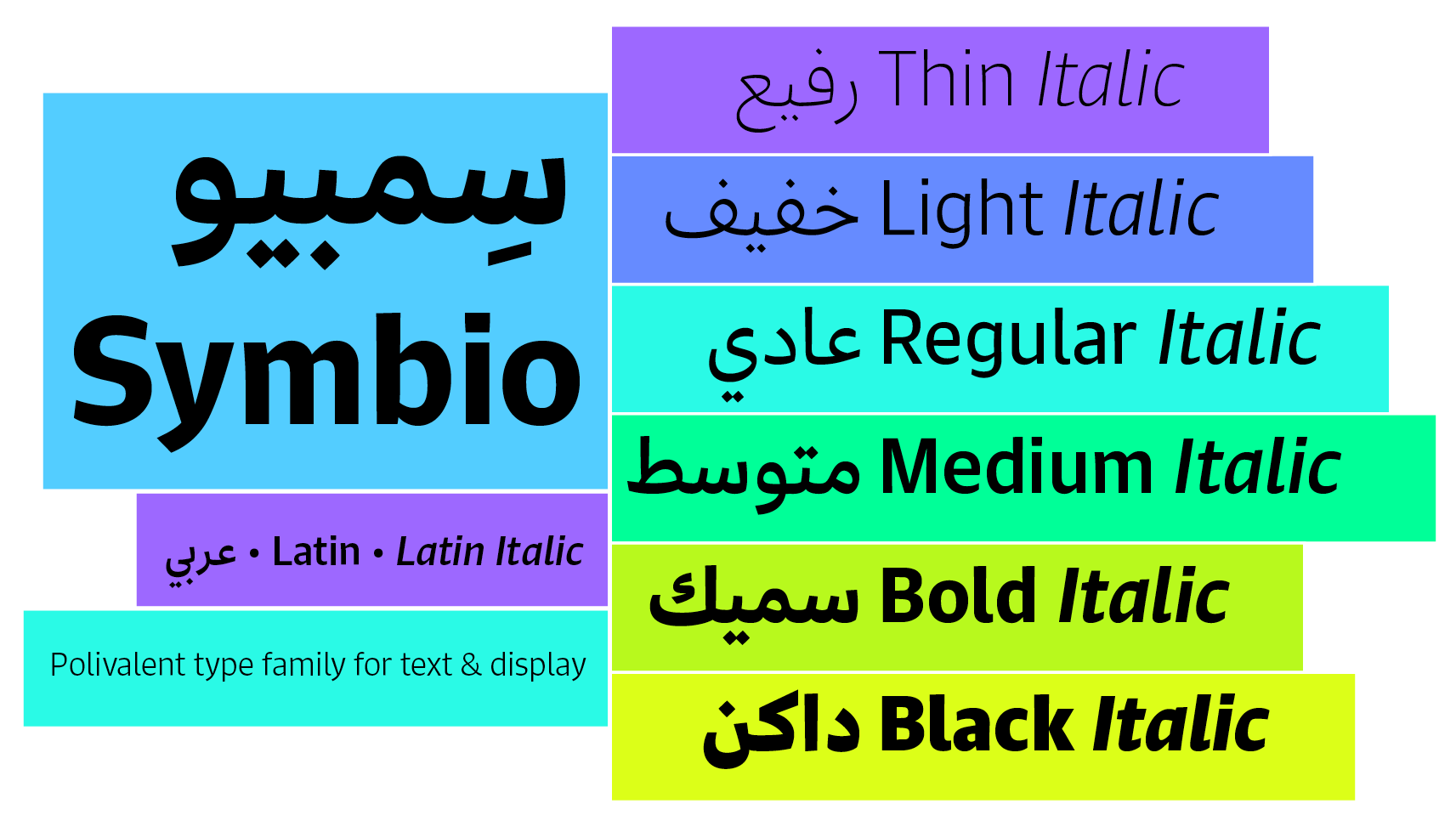 Symbio is a low contrast multi-script typeface (Arabic/Latin) designed for branding and editorial contexts. It was carefully drawn to represent both scripts equally and provide a consistent size and typographic color in multilingual typesetting. Symbio’s smooth stroke modulation, its uniform open counters, the risen teeth and large latin x-height, contribute to its charisma in display settings and make for a clear and sharp texture in small sizes.
Though Symbio began in a unilateral process as a Arabic counterpart to Signo, an existing Latin sans serif, the eventual process was truly symbiotic. After designing Signo, Rui Abreu's interest in the horizontal stress lead him to the Arabic organic writing traditions, namely the Naskh style. Thus Symbio Arabic was born: A contemporary Naskh inspired typeface with compact proportions, clear and large loops and a conventional horizontal stress.
While more similar in the treatment of the contrast, the unorthodox impact of Signo's reversed contrast looked far too exotic next to the natural one of Symbio Arabic. They were not following the same logic. From then on, it became about making Symbio Latin based on Signo and more in line with Symbio Arabic. As such, the Arabic and Latin forms and contrast influenced each other and the result is a distinctive and harmonious meeting of two traditions in a thoroughly modern typeface well prepared to handle a variety of applications.
Symbio comes in 6 weights in Arabic and Latin with italics for Latin. 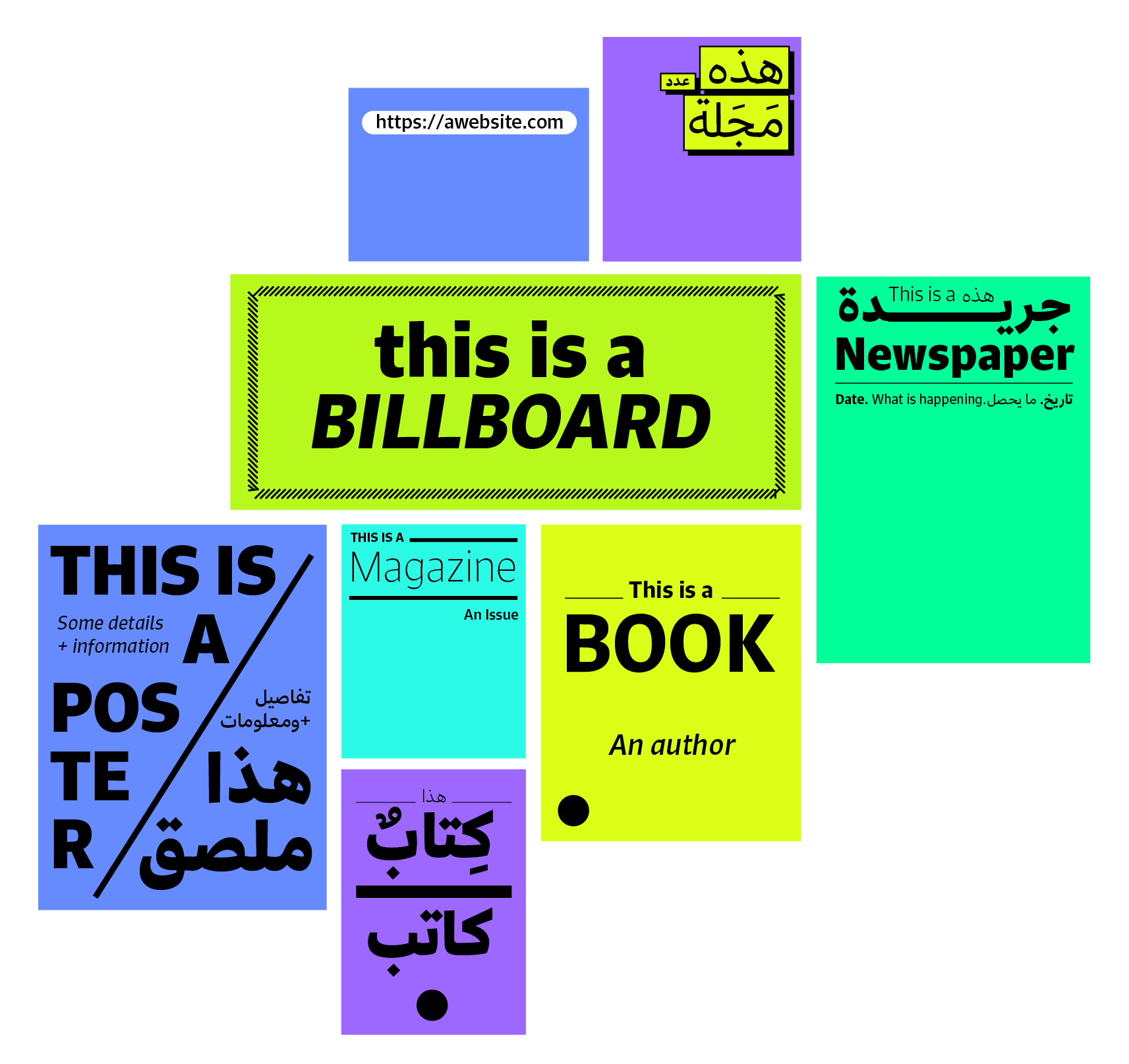 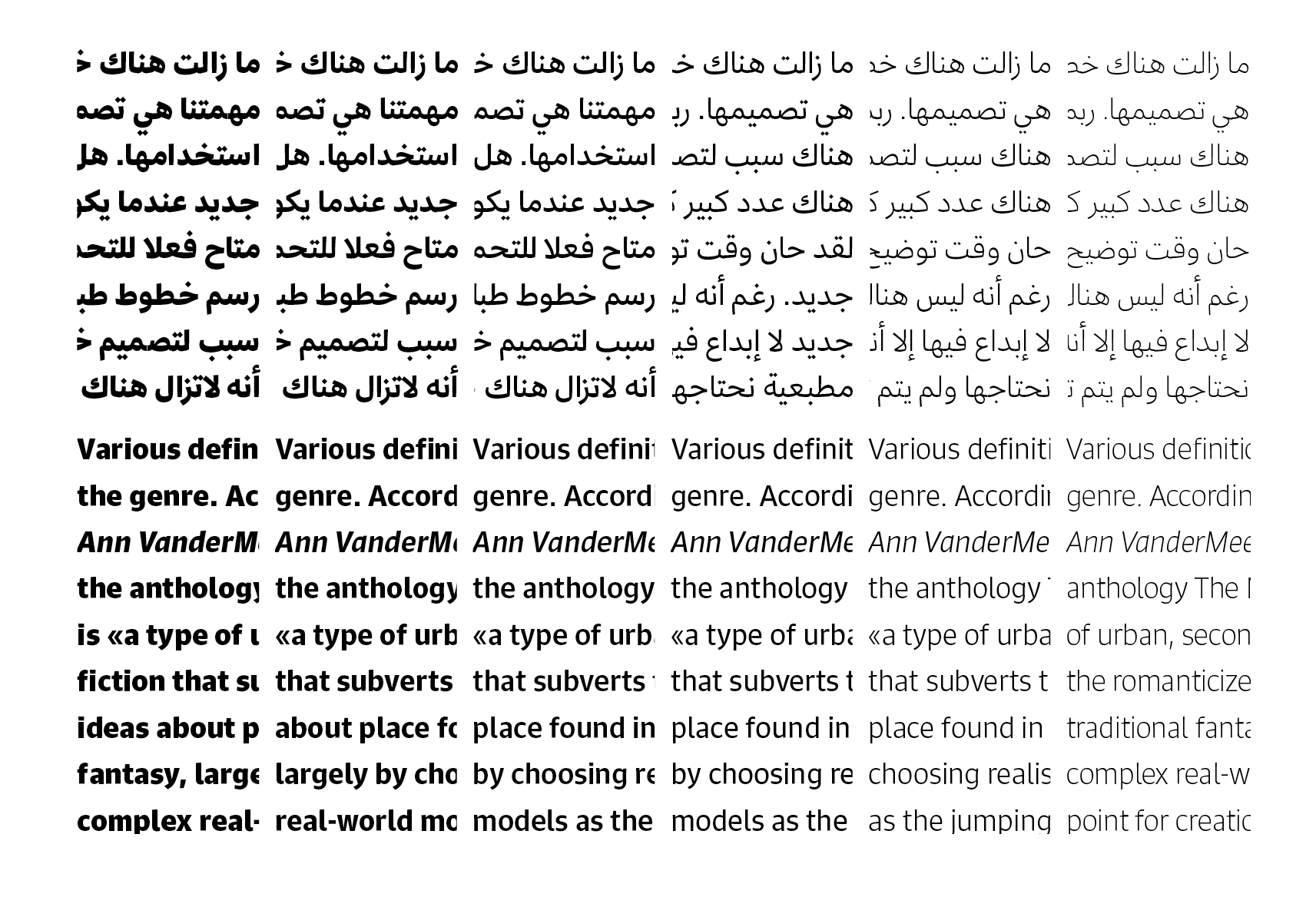 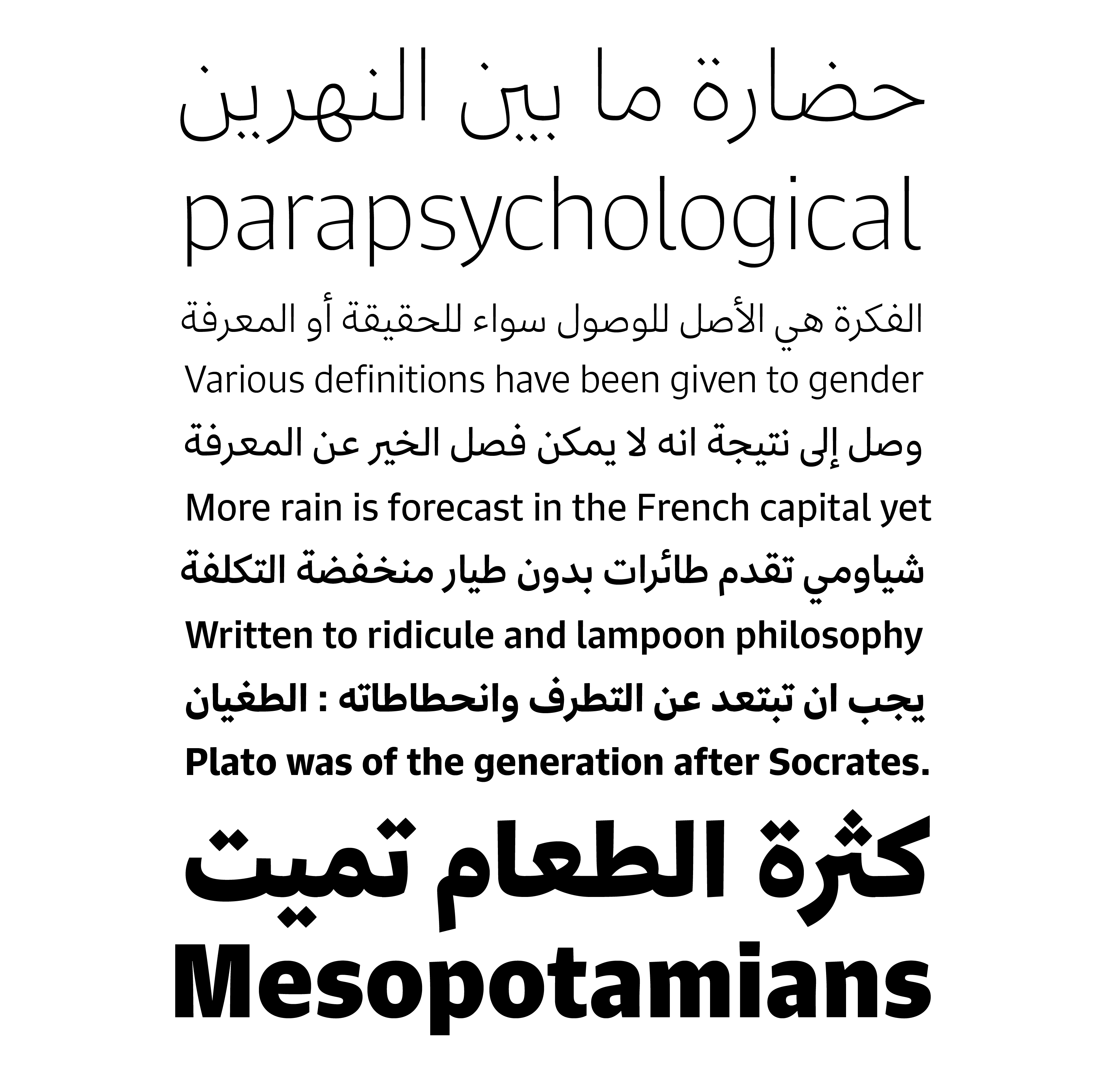 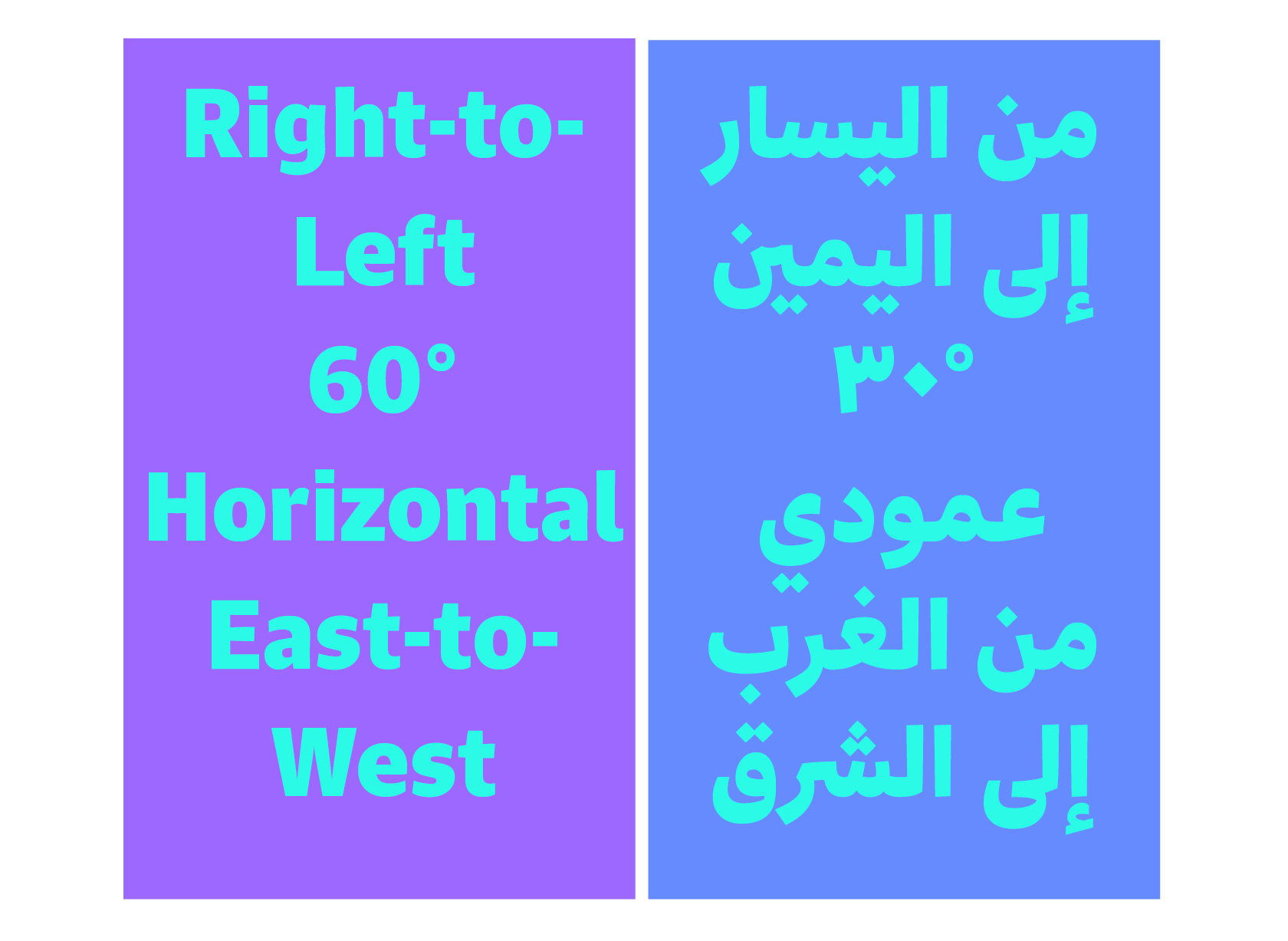 Symbio was design by Rui Abreu.